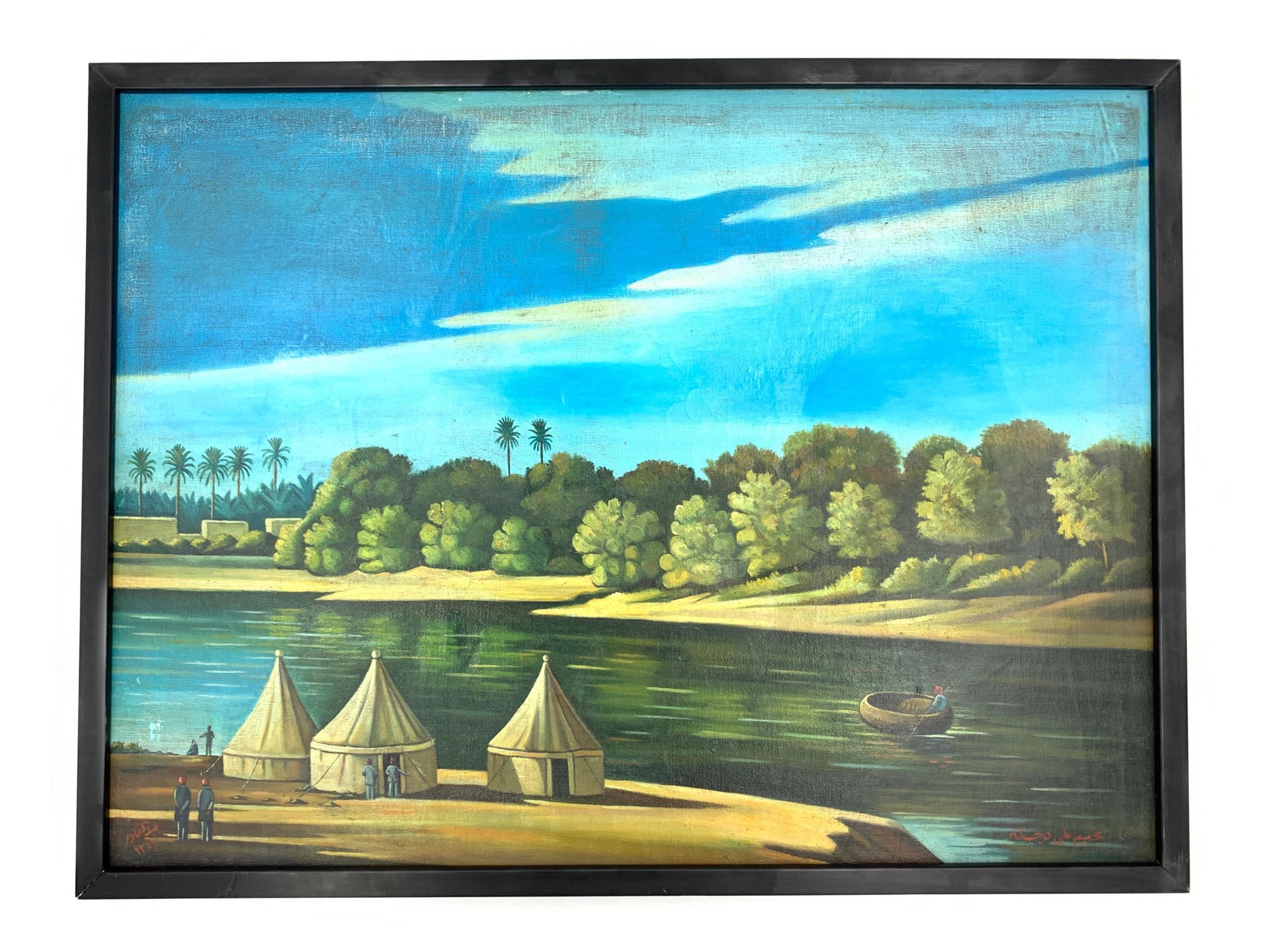 Abdul Kadir Al Rassam was a member of the first generation of modern Iraqi painters. He was the pioneer among a group of predominantly amateur artists trained in Istanbul who brought their artistic knowledge back to their home country. This group of "soldier-artists" are widely credited with introducing canvas painting to Iraq at the turn of the century. Working in a realist style, al-Rassam is known for his sweeping landscapes, immaculate portraits, and faithful portrayals of everyday life in Iraq. He is one of the most prominent and prolific painters in Iraq's modern art history and his work heavily influenced the generations that followed.

An important characteristic of this initial generation was their desire to stimulate awareness and appreciation of the arts amongst the Iraqi population. Al-Rassam taught painting lessons out of his studio in Baghdad and encouraged young artists to continue their art training abroad. Due to this early artistic proselytizing, al-Rassam became hugely influential to the following generations of artists. The painter's interest in promoting art awareness was further realized when he became an honorary member of the Society of the Friends of Art, a group that sought to cultivate public interest in art making and to enhance their own skill through interaction.

Utilizing the same academic style as his early colleagues, al-Rassam painted with a crisp realism capturing vistas of the Iraqi countryside. The clarity found in oil paints is employed to its fullest advantage by the artist, who is known for his mastery of perspective and detail. He oftentimes painted panoramic views of historical sites along the Tigris River. The ruins of Ctesiphon or the Great Mosque of Samarra were particularly notable representations in al-Rassam's oeuvre.

Indeed the Tigris River was itself the central theme of many of al-Rassam's canvases. Winding as it recedes through an expert use of atmospheric perspective, the river and the activities surrounding it compose a vast, yet serene, landscape.

Thank you for your enquiry.

We will get back to you soon

Are you sure you would like to remove "" item from the shopping cart?